Computer Basics introduces general computer use and terminology. It describes the basic hardware components of a PC and introduces basic skills for using software programs in a windows environment. This course will address hardware and peripheral components of the computer and how to use them correctly.
After completing Computer Basics the user should be able to:
What is a computer?
In simple terms, a computer is an electronic machine capable of performing various arithmetic and logical operations. The computer is also capable of storing information, which can be used later.

A computer can process millions of instructions in a few seconds with high accuracy. Hence a computer can be defined as an automatic electronic machine for performing calculations or controlling operations that are expressible in numerical or logical terms. Computers are very accurate and save time by performing the assigned task very fast. Moreover, unlike human beings,they never get bored.

It is the ability to take instructions in the form of programs and execute them, that distinguishes a computer from a mechanical calculator. While both are able to make computations, a calculator responds simply to immediate input. In fact, most modern calculators are actually computers, with a number of pre-installed programs to help in complex tasks.

Applications of Computers
Computers are used almost in every sphere of human life including government, industries, medicine, education, law, research, arts and media. Its application is limited only by our imagination.

There are so many applications of computers, that it is impractical to mention all of them. This is the Computer Age and these machines are impacting our lives in many ways. Computers are now becoming faster, more reliable and effective than they had been ever before.


Hardware and Software
A computer system has two major components, hardware and software.
Hardware
Hardware refers to all the physical components associated with a computer. The most important is the central processing unit (CPU) or microprocessor. It is the 'brain' of the computer as it does all the calculations and processing. Other hardware devices are monitor, keyboard, mouse, printer, hard disk etc.
Software
Software is a set of instructions/programs, which enables the computer to perform a specific task. An important software called the 'Operating System' is a set of specialized programs which manage the overall operations of the computer. Windows XP is a well-known and widely used operating system. There are other types of software too, known as the application software which are intended to be used for specific tasks such as word processing etc.

Computers can be classified based on their principles of operation or on their configuration. By configuration, we mean the size, speed of doing computation and storage capacity of a computer.

Types of Computers based on Principles of Operation

Analog Computers
Analog Computer is a computing device that works on continuous range of values. The results given by the analog computers will only be approximate since they deal with quantities that vary continuously. It generally deals with physical variables such as voltage, pressure, temperature, speed, etc.


Digital Computers
On the other hand a digital computer operates on digital data such as numbers. It uses binary number system in which there are only two digits 0 and 1. Each one is called a bit.

The digital computer is designed using digital circuits in which there are two levels for an input or output signal. These two levels are known as logic 0 and logic 1. Digital Computers can give more accurate and faster results.

Digital computer is well suited for solving complex problems in engineering and technology. Hence digital computers have an increasing use in the field of design, research and data processing.

Based on the purpose, Digital computers can be further classified as,

Hybrid Computers
A hybrid computer combines the desirable features of analog and digital computers. It is mostly used for automatic operations of complicated physical processes and machines. Now-a-days analog-to-digital and digital-to-analog converters are used for transforming the data into suitable form for either type of computation.

For example, in hospital’s ICU, analog devices might measure the patients temperature, blood pressure and other vital signs. These measurements which are in analog might then be converted into numbers and supplied to digital components in the system. These components are used to monitor the patient’s vital sign and send signals if any abnormal readings are detected. Hybrid computers are mainly used for specialized tasks.

Types of Computers based on Configuration
There are four different types of computers when we classify them based on their performance and capacity. The four types are:

Super Computers
When we talk about types of computers, the first type that comes to our mind would be Super computers. They are the best in terms of processing capacity and also the most expensive ones. These computers can process billions of instructions per second. Normally, they will be used for applications which require intensive numerical computations such as stock analysis, weather forecasting etc. Other uses of supercomputers are scientific simulations, (animated) graphics, fluid dynamic calculations, nuclear energy research, electronic design, and analysis of geological data (e.g. in petrochemical prospecting). Perhaps the best known super computer manufacturer is Cray Research. Some of the "traditional" companies which produce super computers are Cray, IBM and Hewlett-Packard.

As of July 2009, the IBM Roadrunner, located at Los Alamos National Laboratory, is the fastest super computer in the world.

If you want to know more advanced details about super computers, refer to SuperComputers


Mainframe Computers
Mainframe computers can also process data at very high speeds vi.e., hundreds of million instructions per second and they are also quite expensive. Normally, they are used in banking, airlines and railways etc for their applications.

Micro Computers
The invention of microprocessor (single chip CPU) gave birth to the much cheaper micro computers. They are further classified into: 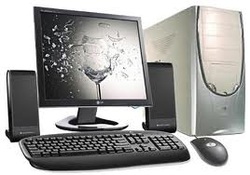 Today the Desktop computers are the most popular computer systems.These desktop computers are also known as personal computers or simply PCs. They are usually easier to use and more affordable. They are normally intended for individual users for their word processing and other small application requirements. 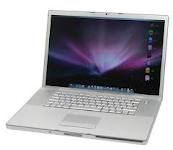 Laptop computers are portable computers. They are lightweight computers with a thin screen. They are also called as notebook computers because of their small size. They can operate on batteries and hence are very popular with travellers. The screen folds down onto the keyboard when not in use 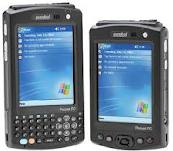 Handheld computers or Personal Digital Assistants (PDAs) are pen-based and also battery-powered. They are small and can be carried anywhere. They use a pen like stylus and accept handwritten input directly on the screen. They are not as powerful as desktops or laptops but they are used for scheduling appointments,storing addresses and playing games. They have touch screens which we use with a finger or a stylus.
Posted by SENG CHANRA.
Edited by NY Sun.
Information Quoted by :
- www.computerbasicsguide.com

មតិរបស់លោកអ្នកសំខាន់ណាស់សម្រាប់វេបសាយរបស់ខ្ញុំ។ សូមផ្ដល់ជាមតិរបស់អ្នកនៅខាងក្រោម៖
Your Comments Are Very Important for My Site. Everyone! Please Leave Your Comment.